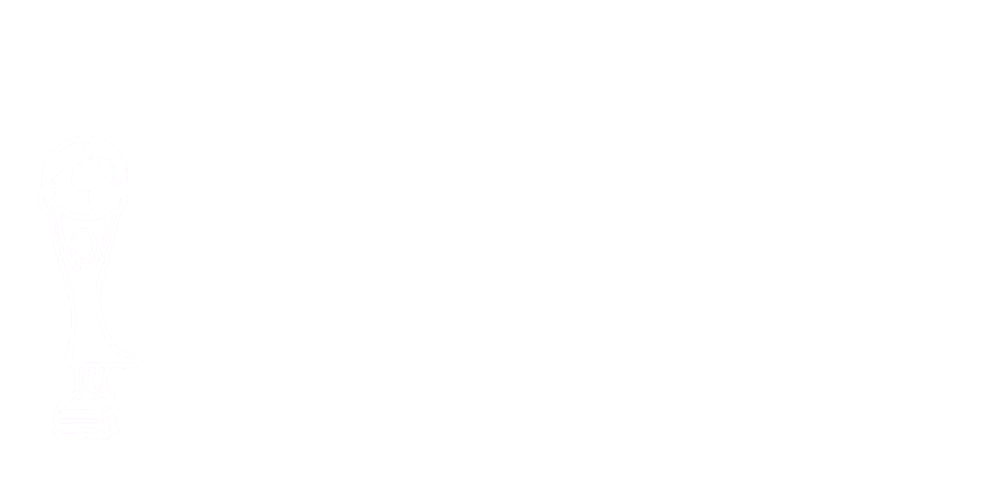 Sue is a Director of a private family foundation whose mission includes enhancing both local and global communities by providing access to healthcare, offering opportunities for education and empowering the disadvantaged. Through her work, Sue has engaged with both small and large non-profit organizations in countries throughout the world and within her own local community.  Sue is a past mentor for the Future Philanthropist Program, a selective 2-year program for high school students to learn the workings of Philanthropy.  She is also the Founder and Director of the One Earth Film Festival’s Young Filmmakers Contest.  Sue was born in Australia, attended Gymea College and spent 15 years in the Travel Industry before redirecting her career to philanthropy.

Julie has been a board member of WGEP for over five years. She has a strong background in international development, beginning with Peace Corps service in Senegal and then as an executive and senior manager for NGOs and private sector companies in the US, Senegal and other West African countries for over a decade and also in Washington, DC. As President of Citizen Bridges International she designed hands-on programs for international participants to foster the exchange of best practices through the sharing of professional skills and knowledge. She also led the Chicago Sister Cities International program for a number of years and is currently a volunteer Co-Chair of the Casablanca Committee, a Sister City for 35 years and one of 28 partnerships between Chicago and international cities. She is Executive Director of Chicago Shares, a food voucher program for the homeless, and has been a mentor of a LINK Unlimited Scholar. She has a BA in Sociology from D’’Youville College and is fluent in French.

April joined Global Philanthropy Partnership as executive director in 2005. She previously served as program director of the Chicago Council on Global Affairs. Prior to that, Ms. Donnellan was a Foreign Service officer with the U.S. Department of State completing assignments in Port Louis, Mauritius and Washington, DC. April served as staff assistant to the assistant secretary for international organization affairs, and as a sanctions/peacekeeping officer covering the Middle East and Africa. She earned a Meritorious Honor Award for her work implementing multilateral sanctions. Ms. Donnellan, a former term member of the Council on Foreign Relations, is a graduate of Georgetown University and fluent in French. She serves on the board of the Women’s Global Education Project, the Stanley Foundation, and has been a Girl Scout troop leader since 2006.

Born and raised in France, having lived in Colombia and, for the past 20 years, in the USA, multilingual, Florence has been with the Board of WGEP for 1 year and brings 30 years experience in Finance and project management. Florence currently works as Director Financial Planning and Analysis for Polyair, a packaging company, where she provides financial and operational decision making tools. Florence graduated from HEC Paris, one of the leading European business schools. Some of Florence’s passions include advocating for women, minorities, free education and healthcare, justice and the environment.

Aimee Mills is a Director at KPMG and a member of the Risk Management Advisory Services team. Aimee has over 17 years of experience in the information systems field with a background in information risk management and cyber security.  Aimee enjoys spending time with family and friends, planning vacations, and having dinner parties at home.  In addition to coaching and supporting women in the workplace, Aimee looks forward to serving alongside WGEP to advocate and enable more women and girls globally to reach their full potential!

Mariam is the Founder and Managing Director of Axxum Consulting, a Chicago based Management Consulting firm providing advisory services to clients in Organizational Change Management, Communications, Training, Program Management and Process Improvement. With 15 years of experience in professional services working in business development, client relationship management and transformation projects, her personal & professional experiences have taken her in France, Ireland, Canada and the U.S. She holds an M.B.A. from Université Laval (Canada) and a Bachelor’s Degree in Business Administration from IPAG Paris (France) and she speaks fluently in English and French.

Monika is an IT Director of Engineering, Sales & Marketing IT at Motorola Solutions.  She has 17+ years of experience working for Motorola Solutions. She is a technology leader and strategist accountable for transforming the tool chain for Motorola Engineering group. She has skilled expertise in the area of IT Project & Program Management having led several strategic, large & complex IT Programs and Projects. Originally from India, she graduated as an Electronics and Communications Engineer from Manipal Institute of technology,
India. She is a firm believer of the famous quote by Malala Yousafzai: “One child, one teacher, one pen and one book can change the world. Education is the only solution. Education First.” In her spare time, Monika loves to read and her favorite vacations are hiking trips with her family.

The WGEP Young Professionals board is a diverse group interested in global development and gender equality. We are dedicated to supporting education for girls and young women to fight poverty in the most impoverished communities, particularly rural, sub-Saharan Africa. Our YPB takes part in unique fundraising and social networking events and has a huge impact in the transformative work WGEP does. Interested in joining? Email us at ypb@womensglobal.org!

Alexa works on marketing and business development for CancerIQ, a Chicago based health tech startup that helps doctors predict and prevent their patients from getting cancer based on their genetics. Prior to CancerIQ, Alexa studied Journalism and Arts and Humanities at Michigan State University (’16). Alexa is a Florida transplant who always had a childhood dream of moving to Chicago and has loved every minute of it. In her free time she loves biking around the city, trying new food and volunteering with other organizations dedicated to fighting for women’s rights.

Amelia works at the University of Chicago in Alumni Relations and Development as an Assistant Director for Global Engagement. In her role, she manages the Alumni Boards in the US southern states and Latin America. She started at U Chicago after receiving her masters at Texas Woman’s University and her bachelors at Augustana College. During her summers growing up, she worked at Camp For All–a camp for children and adults with special needs and challenging diseases. She continues to fight for social justice issues concerning: education, women and minority issues, and immigration.

Cassandra works to maintain partnerships with community based organizations with outreach and support at CollegeGreenlight.com. She works with program directors, counselors and advisers nationwide to assist them in  using the Greenlight platform, helping first generation and low income students find colleges and scholarships. Cassandra received her BA from Robert Morris University in Business Administration with a concentration in Management (’15). In her free time, Cassandra loves curling at the Chicago Curling Club, participating in pub trivia nights, and volunteering with students across the city.

While earning her Bachelor’s of Science degree from the University of Illinois at Urbana Champaign, Hannah became a licensed professional educator in Illinois. Since then, Hannah has taught and privately tutored students in all subjects and across all ages from infants to high schoolers. She also has experience teaching in a variety of different settings, including urban, suburban, private, and public.
Although Hannah always desired to inspire people, and indeed found a way to do this regularly through her teaching, she also longed to be a successful entrepreneur with a business of her own. So in 2015, Hannah officially began her own professional organizing business called BoneClutter. BoneClutter provides peace and efficiency to its clients by professionally organizing their objects, data, and/or time. Yet, Hannah Bonecutter’s deep passions do not stop there, as she always had a knack for acting and modeling. Hannah has been acting on film since she graduated in 2013 in several large television shows such as Empire as well as local, independent films such as Bloodlines. Hannah Bonecutter has served as a promotional model for various products featured at popular events as well as a fashion model in digital fashion shows for retail companies such as Goodwill Inc.

Hannah states that her mission in life is “to be a light of exposure and inspiration.” Whether she is teaching students in a classroom, professionally organizing a client’s home, or acting on the big screen, she strives to always be achieving this mission and improving this world to become a much better place.

Katherine serves as the Chicago Development Manager for Peer Health Exchange, a nonprofit that trains college student volunteers to teach health education to 9th graders in under resourced public schools. In this role, Katherine is responsible for supporting the Chicago Executive Director in managing the local, individual, and institutional giving portfolios, as well as maintaining and strengthening data and knowledge management systems. Prior to joining the Chicago team, Katherine volunteered as a Health Educator with Peer Health Exchange for three years while attending Northwestern University. Katherine graduated from Northwestern with a major in theatre, a concentration in performance, activism, and human rights, and a minor in creative nonfiction writing. Her experience includes serving as the Executive Director of a Northwestern course in consulting for nonprofits, interning for the Alzheimer’s Association and Women’s Global Education Project, leading American teenagers on cultural exchange/service-learning trips to Japan and New Zealand, and studying global development in  Ecuador, China, India, and South Africa.

Michelle is what people call “a handful”. She loves eating, biking, exploring, and being on the go in general. The only thing that can slow her down is Netflix or a good book. After working in China for a few years after college, Michelle made her way to Chicago and has started a career in tech sales for SpringCM. She is dedicated to supporting and empowering women of all ages by working with WGEP, Girls in the Game, Girls on the Run, and more. She also attempts to educate people on women’s plights and rights, whether they like to hear it, or not. Feminist for equality for life!

Nora is the Development Coordinator at the Foundation for Endodontics. In her role there, she helps oversee access to care initiatives, administers research and education grants, and maintains donor files. Nora graduated from Michigan State University where she studied the Arts and Humanities and Arts and Cultural Management. Her experience in grant writing, sponsorship solicitation, and individual giving combined with her passion for access to education and women’s rights is what led her to Women’s Global Education Project. 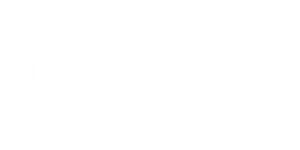